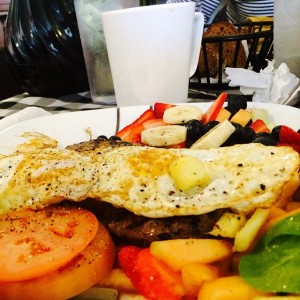 Since the days of elementary school, you’ve probably been told breakfast is the most important meal of the day. While eating a balanced breakfast as a kid may be the best way to avoid a disruptive growling stomach, what happens when we choose to ignore this pedestaled nutritional law as we grow up?

Arguments have been made for both sides: Whether you should wake up and head to the fridge or pack a meal to go for later on in the morning. It is important to remember that whatever your preference, there are ways of honing in on the health and making any regiment into a prosperous lifestyle choice.

First, let’s deal with the poor souls who are outed because of their non-breakfast eating habit. Will your metabolism spontaneously combust if you don’t eat first thing in the morning? No, this is a gross exaggeration. Your body’s metabolism will continue to function in the morning as you continue your intense detox mode from the night before. Sometimes letting your body clear itself of endotoxins and digestive waste on its own without fogging up that process with more food is a good thing.

Similarly, skipping breakfast does not result in immediate muscle breakdown. While some people enjoy eating small amounts every few hours, one’s body does not automatically go into starvation mode during periods of rest. Many people report not feeling hungry when they first wake up and prefer to have coffee over food. That being said, those who skip breakfast to fill up on empty calories from their favourite grande Starbucks drink might want to think twice before they inflate daily caloric totals with sugary  substances.

Renee DeSilva is a post-secondary student with little time and little appetite in the morning. “I wouldn’t say that I choose not to eat breakfast in the morning, I just don’t feel hungry when I wake up. Instead, I eat later in the day and snack a lot.”

Renee said she has regulated her eating habits to cater to her school schedule and productivity. “I feel like breakfast is important but it isn’t anymore important than lunch or dinner. If I had something small in the morning, I may not feel as hungry later in that day, so these patterns balance each other out.”

For some, eating a healthy breakfast is a wonderful way to kickstart the sometimes difficult task of acquiring all daily nutritional needs. Eating breakfast can also be a smart move, as many experts claim that the habit will improve cognitive function related to memory. Personally, I go to bed thinking about all food I will scarf down the next morning for breakfast. What you eat in the morning is also important for setting your blood sugar levels for the rest of the day. If you eat a big breakfast of refined sugar, you will feel energized as your insulin levels rise, but your blood sugar level will drop off and by mid morning, you will be hungry once again.

Georgia Rose is a student personal trainer and a nutritional guru. She has struggled with weight gains and losses from her high school years until her early 20s. She says she plans her breakfast around her macronutrient goals, following a strict ketogenic diet of 65 per cent fat, 30 per cent protein and five per cent carbs. 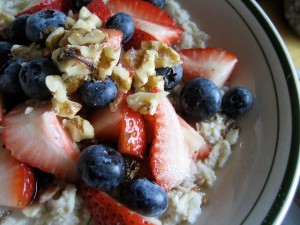 is goal usually by having two eggs fried in organic butter and frying two slices of bacon.” Georgia has actively wrestled for seven years and vows to all of the benefits of supplements.

Clearly, there are more sides to the “breakfast is the most important meal of the day” argument than one study can tell.

What do you think?

Passionate about new media and broadcast, with an extensive understanding of print and digital journalism. I am in my final year a post-graduate advanced accelerated journalism diploma with Honours standing at Humber College in Toronto, Ontario. I currently serve as a staff writer for The Theatre Reader and freelance for print magazines. In my spare time I continue my passionate for journalism through unconventional styles of travel. I have couch surfed a good portion of American and Mexico, all the while capturing fringe moments and sharing auto-ethnographies. Before Humber I completed my B.A. at Western University specializing in Post-Colonial Literature and Gender Studies. During this time I worked as a spoken word news host with Western’s CHRW 94.9FM. View all posts by Charlotte Morritt-Jacobs