At the beginning of July, my husband and I flew across the pond to Scotland for a 10-day road trip with our toddler. With the obvious craziness of traveling with a child looming, we prepared in advance by researching our 1,000 mile trip by learning as much about driving in the U.K. as possible. We heard everything ranging from, “Aren’t you nervous to drive on the other side of the road?” all the way to, “Their streets are so narrow, you’ll be lucky not to get in an accident!”

With this is in mind, we opted for a GPS and practiced on every round about possible here in our own city. To say that none of this could have prepared us is accurate, and even more than that, this trip was the first time where Dr. Google was wrong about nearly everything we read. Here are nine truths about driving in the U.K. from the actual experience from North Americans.

Before we left, this was something that came up a lot with family and friends as well as with driving blogs online. Perhaps driving on the wrong side of the road ended up not screwing us up as much as being on the opposite side of the car. Because of the narrow roads, especially our trip from the airport in Glasgow to our first hotel in Inverkeithing, you’re too focused on the oncoming traffic on the driver’s side, you forget about your terrified passenger (me!). I could literally tap the fence running next to the car if I propped my elbow in the open window. My husband’s best tip for this was to stop paying too much attention looking at oncoming traffic and the roadside to the left, and look where you want to go. Your instincts sort it out for you.

2. The roads really are narrow, but only in larger cities and on the back roads through mountains.

It’s important to remember that some cities are incredibly old (Edinburgh comes to mind). They weren’t built for cars. The same could be said for older cities here in Canada. What’s important is noting how local traffic handles it.

In the mountains, the U.K. has dedicated pull over spaces every few kilometers to accommodate tourists taking photos, pit stops and those of us experiencing inevitable car troubles.

3. Their stoplights are infrequent outside of large cities and don’t come close to being as visible as ours.

Something we found we had to watch for were stoplights when approaching small towns. While roundabouts are very commonly used in place of stoplights at intersecting roads, the lights are encased in black rather than yellow and are only about five feet tall, rather than the towering versions we have here. They also don’t hang over the intersections. Further, they use their yellow light to warn of a red light as well as a green.

4. Roundabouts really are everywhere, but that’s the end of the complication.

Each lane going into the roundabout is painted with the name of the exit, thus making it hard to cut someone off when approaching your exit. Also, most GPS systems will automatically number the exits and tell you which to get off at making it easier to navigate through.

Instead of stop signs, the Brits tend to use Yield to Through Traffic signs. No full stop needed unless there is traffic…or cows.

I know when I was taught to drive, the inside lane was for passing only and never meant to drive in. In the U.K. they are used in just this way, and very rarely do drivers deviate from this.

7. Their speed limits are significantly higher.

First off, let’s clear something up – the U.K. measures speed in miles per hour (MPH) and not kilometres. Many blogs will tell you the opposite. Second, their speed limits (even after converting to kilometres) are significantly higher than ours, but most people tend to do under. Also important to note: We found it tricky to find posted speed limits. If you’re lucky, your GPS will tell you.

8. You’ll be hard pressed to find a police patrol.

I have chalked this up to something related to point number seven. There are speed cameras everywhere, encouraging motorists not to speed. If you’re caught speeding, it photographs your license plate and a ticket is mailed to you. This lessens the need for a police presence.

9. They take texting while driving and parking offenses quite seriously.

The posted fine for parking overnight in a restricted area is over $300 Canadian.

Curvy roads are not unique in the U.K. Also note the speed limit painted on the road? 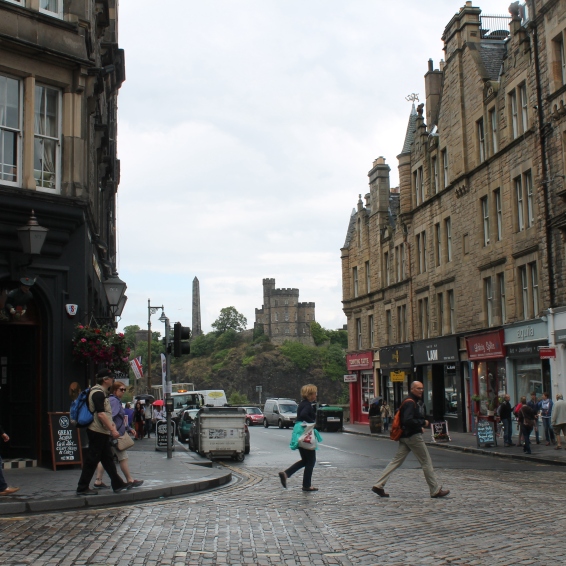 A look at the stoplights in Edinburgh. Can you spot them? 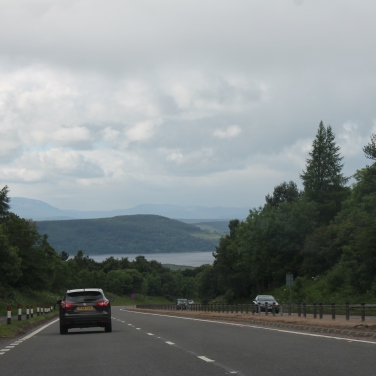 Most highways will have double lanes and drivers use the right hand side as a passing lane, keeping to the left. 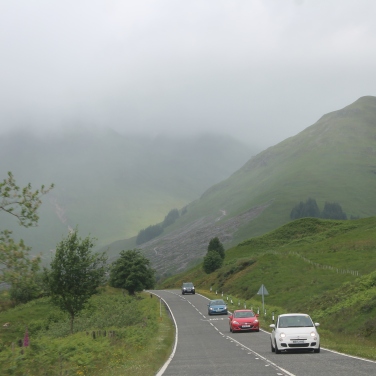 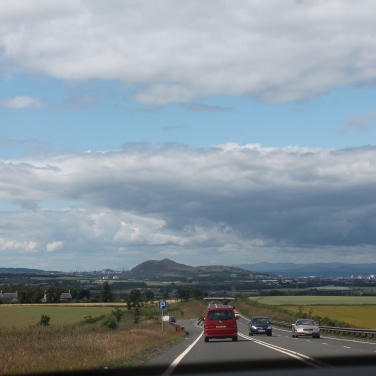 An example of a passing place coming up on the left.

View all posts by KateJBurt