The City of Toronto is known as being pretty disgusting at times. It smells like sewage when it’s too humid (and when you walk by a sewer, a steamy, thick, hot steam makes its way up your nose). Sometimes, Lake Ontario smells like dying fish (as a result of pollution). And when things aren’t so smelly, you get skeptical. Something’s not right, here.

In April, I moved close to Lake Ontario in the city’s west end. When I can, I try to get out and enjoy part of the Lakeshore Waterfront Trail, which stretches 1,400-kilometres along the shores of Lake Ontario, Lake Erie, Lake St. Clair and the Niagara, Detroit and St. Lawrence Rivers.

Of course, I don’t walk 1,400-kilometres when I head out to enjoy what the city has to offer, but I enjoy a huge chunk of trail, along with hundreds of other walkers, runners, rollerbladers and cyclists.

On a recent excursion down by the shore, I snapped some photos to showcase that despite smelly, the City of Toronto does have a lot of beauty to it. No, the Lakeshore Waterfront Trail is not Vancouver’s Stanley Park or Ottawa’s Rideau Canal, but it’s a huge part of the city’s culture and many people – and pets – enjoy its views of the city’s skyline and nostalgic CN Tower.

The view of the city’s skyline at Humber Bay Shores Park.

The condominiums in Toronto’s west end. 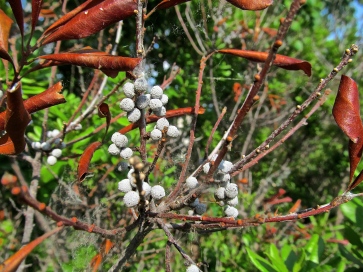 The various, beautiful and bug-filled vegetation.

Though not always swim-able, it’s great to see people enjoying the atmosphere of Lake Ontario.

Knowing people really do get out on the water. 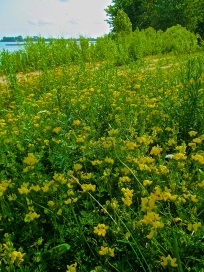 The buttercups that make you feel like you’re north of the city in a farmer’s field.