Maybe I’m weird, but I really enjoy spending time by myself. I don’t mean I will say no to a night out with friends because I’d rather just play Candy Crush Saga on my cell phone. I mean, when I have an hour or two to go on a walk, read, blog, go for a bike ride, cook something delicious with me, myself and I, I thoroughly enjoy it.

A few weeks ago, I was walking to the subway after a delicious dinner at Valdez Restaurant near King and Bathurst Sts in Toronto with a friend, when I passed by the TIFF Bell Lightbox gift store. It was still open and I had a free schedule for the rest of the evening, so I went in and treated myself to two books by The School of Life: How to Stay Sane by Philippa Perry, a psychotherapist and writer who has been published in The Guardian, The Observer and Healthy Living Magazine, as well as How to Change the World  by John-Paul Flintoff, an acclaimed writer and journalist. 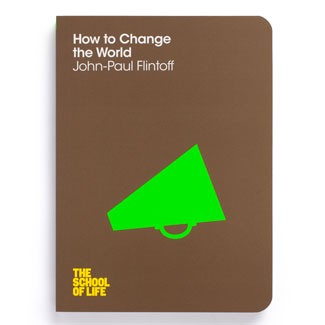 I read How to Stay Sane in literally six hours. Now that I’m on How to Change the World, I’m taking more time to absorb the content. How to Stay Sane was self-help in nature, providing reasoning and activities to explain why we are all so different from one another. The book also offered solutions to keeping calm when people with different values and courses of action may come across ignorant, awkward or totally offensive.

How to Change the World touches on the various ways leaders, average people, even people barely mentioned in history textbooks have impacted the lives of others both now and in the future, simply by being proactive.

I’ve been stopped so many times on public transit while reading Flintoff’s book, the most notable being when a yoga teacher from India, who lived in England before moving to Toronto, turned to me and said: “Are you trying to change the world? Well, you can’t.”

If reading a “self-help” or “how-to” book in public is not your thing, here are 10 of the best quotes from How to Change the World that will not only improve the way you look at each day’s purpose, but will also help you to see just how meaningful you really are.

1. “…The honest question is to ask whether there is anything we should be doing today, about something that is going on right now. To ask ourselves if there have been times when we knew we should have done something but didn’t, and to remember how awful it felt. And then resolve to do everything we can to avoid feeling that way again” (Flintoff, 18).

2. “To look for inspiration to the great breakthroughs of the past does not always help, because one of the most common effects of success is to be taken for granted: What once seemed impossible looks ordinary after it has been accomplished” (Flintoff, 19).

3. “There is something counter-intuitive about welcoming the thing that makes us unhappy. But if you don’t truly accept that there’s a problem, you might lack the determination necessary to fix it. This is particularly obvious when people who are worried about, say, climate change ask experts whether we are going to ‘make it.’ If the expert says yes, people lapse into business as usual. If the expert says no, everybody falls into despair. Neither attitude will make things happen” (Flintoff, 24).

4. “…merely banning or legalizing something does not necessarily make a great difference. The thing that makes a difference is people deciding to comply…they can change their behaviour without the intervention of parliament…If you want people to feel that they have the capacity to change things, it’s extremely important to draw attention to the ways they can do that themselves. If, instead, you insist that they must wait for somebody else to do it on their behalf, you make them feel powerless and rob them of their responsibility, which is necessary and wholesome” (Flintoff, 44).

5. From Diane Nash, a leader and writer in the 1960s, described as fearless: “Martin [Luther King] was not the leader. He was the spokesman, a very competent, eloquent spokesman. He was a great man, But if people think of him as superhuman or a saint, then when something needs to be changed they are tempted to say, ‘I wish we had a leader like Martin Luther King today.’ People need to know that it was just people like themselves who thought up the strategies and managed the movement. Charismatic leadership has not freed us and it never will, because freedom is, by definition, people realizing that they are their own leaders” (Flintoff, 71).

6. “…is it really necessary to make a choice between making a useful contribution and earning a decent living?” (Flintoff, 87).

7. “…the key to not being boastful [about giving financially to a cause], is to understand that all of us stand in need of charity. It may not be you right now, and you may never contract a tropical disease, but none of us get through life without occasionally relying on the help of others, help that we can’t just buy…You may be giving now, but one day you will be at the receiving end – and so have no reason to feel either proud or self-conscious” (Flintoff, 90).

8. “…I sowed dozens of tomato seeds in small pots. When the young plants appeared, I got hold of another box, grabbed my daughter’s hand, and went up and down the street…I told my neighbours I had grown too many tomato seedlings. Oh dear! Would they like one? Nobody refused, and that year, several people in my street started growing their own food for the first time” (Flintoff, 98). 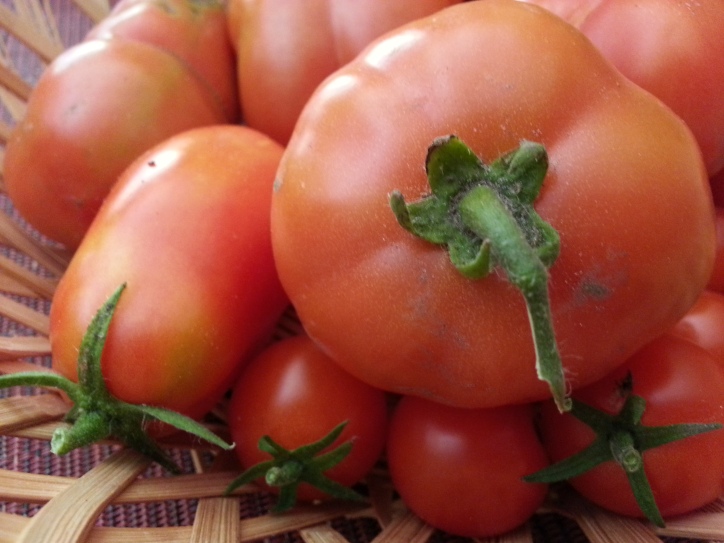 9. “Being short of money can seem to let us off the hook: We’d dearly like to help, but economic circumstances won’t allow us…True generosity consists of more than writing a cheque, or putting coins in a tin” (Flintoff, 105-106).

10. “It may not be in our power to build new schools, but it is definitely always an option to give our care, attention and love” (Flintoff, 106).