Usually associated with the thought of tacos or deemed to resemble that of a rodent. People tend to point and laugh at this little body attached to these giant ears as if they may, at any moment, lift up and take flight! People assume the worst in these little creatures, but I grew up with big dogs and have now had my little chiquito taco bell for seven years. He is a funny little guy with a big personality. Here is a look into the life of the big bad, Brutis.

A day in the life:

Known to be very hyperactive and yappy dogs, Chihuahuas exert a lot of energy when moving around due to their small size, this is followed by a quick crash! (I would be tired too if i had to take 10 little steps to make one regular step)! I either find Brutis curled up in a blanket not to be disturbed or ready to run wild and chase some tail! 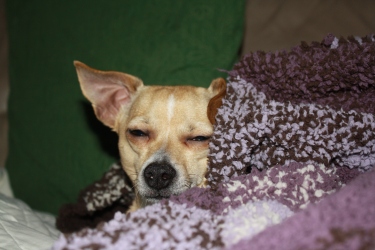 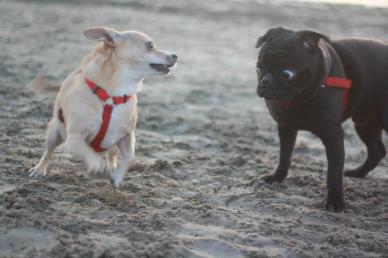 Don’t let those big puppy dog eyes fool you, this little troublemaker enjoys many pastimes such as chewing up underwear, dragging garbage across the living room floor and swiping your dinner when your not looking!

…But, how can you not forgive such a face!

Just a little boy in a big world:

The power struggle is real being such a little guy. However, Chi’s have a Napolean complex, they believe they are as big as a Doberman or German Sheppard. Brutis has no fear approaching the big boys at the park!

If the hat fits:

Whether you’re a baby or just a little pup, who can say no to tiny hats and outfits, especially when it ’tis the season! Dress up is part of the fun of being a baby and I like to believe Brutis is lovin’ it too! 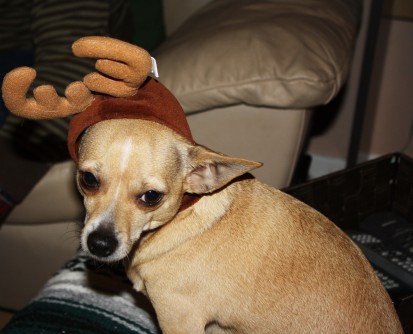 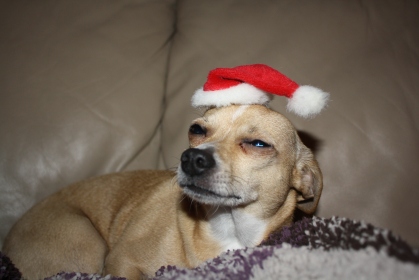 Up in the gym just working on our fitness:

It’s known that cats and dogs don’t mix well, but Brutis is no stranger to living with kitties. These two buddies know that friends who workout together, stay together! 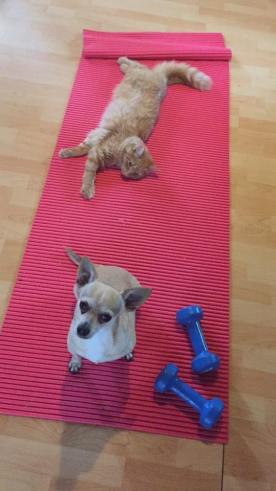 Let us know what your furry friends like to get up to! Happy Photo Friday! 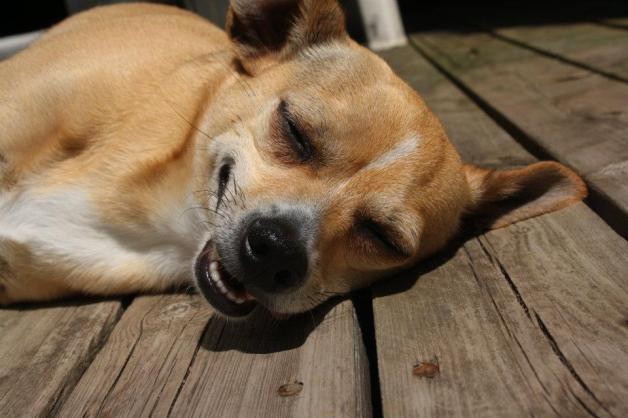 View all posts by Christina Tanel