I remember what it felt like when I woke up a year ago today. My stomach was in knots. I was trying to decipher a plan where I could appear strong to others but also schedule a time to cry alone. I couldn’t stop standing with my arms crossed over my upper abdomen. I would bite the inside of my lip whenever I’d feel tears start to dance along the inside of my bottom eyelids. I didn’t want to have to wait four-and-a-half months to see him next. I didn’t want to have to start a new academic program thinking about how sad my life was, with this guy I had only been dating for about six months at the time moving across the country in a few hours.

I would practice yoga and find myself during the meditation period at the end of the class thinking about what on earth was going to happen, how I would feel happy as an independent but not so single lady and whether or not we would change with the distance and be totally incompatible.

I felt crazy. How was I so sure that a long-distance relationship was going to work, especially since when it started, we were still in the cutesy-omg-stop-everyone-wants-to-barf phase?

A year after being long-distance, my partner and I are better than we were a year ago. We have grown as a couple, figured out the best ways to communicate with each other often, remained open and honest, had serious conversations that I’d have previously felt awkward about, traveled back and forth to see each other, met our new friends and most importantly, we have made it work better than I ever thought possible.

Accepting that someone you care about deeply is moving to the other side of the country to pursue his or her academic and professional dreams is easy in the sense that you want them to be happy and successful. However, it’s extremely difficult to put your sadness and frustration on hold in an attempt to selflessly let the other person go, hanging on to the knowledge of seeing them sometime within the next few months and hopefully, at the end of it all, appreciating each other’s presence more when in company. 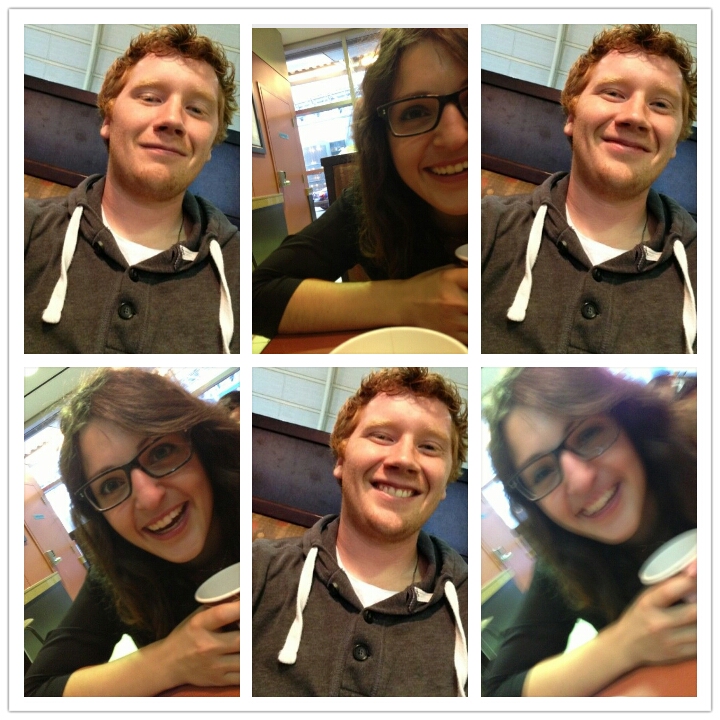 Tea at the airport before saying goodbye. Summer 2013.

I was constantly told by people who didn’t know us well, “Oh boy. Why did you get into a relationship knowing he was leaving?” As well as, “You can’t really do anything about his situation. He’s probably just going to go and do his thing,” and “Do you think you will last? You have only been together six months. You barely know each other.” The worst of it all were the, “One of you will cheat,” comments.

The last few months he was home were the most challenging because all I thought about was how close we were getting to the damned departure date. I decided that even though I was tired from working every day and busy weekend summer activities, to spend as much time as I could with him even when we didn’t have time off. That attitude switch was probably the best thing that happened to me. To us.

I remember one morning I suggested going to watch the Stanley Cup Final at a bar in the city together. I knew I would get home extremely late and have to go to the gym and work on only four hours of sleep but when would I get to watch the next Stanley Cup Final with him? That was probably one of our best dates. We watched some of the game, but spent majority of the night talking and learning more about each other over a beer and pub food.  I was pooped the next day, but I was happy. Really happy. The things we learned and the memories of sitting at that high-top table across from the bar would have never been possible.

The day he left, he was planning on completing a two-year Master’s program. Now, he has even bigger and more exciting dreams of completing a four to five year PhD program. I would be lying if I said I wasn’t excited for him to fulfill his dreams and be the man he wants to be. I would also be lying if I said we didn’t have several arguments about our relationship’s course over the next four to five years, as a result. With that being said, though, we have been able to work through the disagreements and find common ground and acceptance, both knowing that things will be difficult but that in the end, all this will be worth it. I’ll hopefully have moved up in my career and he’ll have graduated with a PhD and started to move onto even more magnificent things.

I’ve learned a lot over the past year. Here is a summary of my most useful and important lessons:

What are your best relationship lessons?